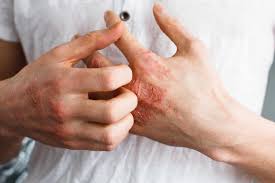 Why is burn itch a problem?

For the first week or two after a burn injury pain is often the main focus but may become less of a problem quickly. However itch can start in the first or second week, frequently peaking in 4-6 months for severe burns and, unlike pain, remains for weeks, months, or even years.

Burn patients often experience itch as their wounds heal. Itch, also known as pruritus, can have major negative effects on the patient, both physically and psychologically.

Physically it may cause the patient to scratch so much that they can produce wounds, particularly in the areas of newly healed skin. These wounds can then lead to infection, increased healing times and increased long-term scarring. It is important to treat itch, especially with children as young children do not understand the consequences of scratching, such as damaging the new skin.

In addition to physical effects psychologically itching and scratching can disturb sleep and aspects of normal function and quality of life. Post burn itch is a distressing and poorly managed issue which is disturbing for the patient, and their family.

What treatments are there for itch?

Medications may cause problems like drowsiness, anxiety and agitation. These may affect the patient’s ability to carry out usual daily activities and involvement in such things as work and school. These effects can make physical and psychological coping harder so it is important that the use of any medication for itch is closely monitored and discussed with the doctor that has prescribed the medication.

How long does itch last?

Itch can affect both the acute phase and also into the scar production phase. It can continue for many years following the initial injury. If the patient needs ongoing surgery for skin contracture release this can exacerbate or restart the itch process.

If your itch isn’t well managed

Discussed with your burn team. They can work with you to address the issue.

You can also speak to your local GP, especially if you are an outpatient.

Subscribe to our newsletter and receive updates in your inbox.